Seventy-one percent of non-homeowners repaying their student loans on time believe their debt is stymieing their ability to purchase a home, and slightly over half of all borrowers say they expect to be delayed from buying by more than five years.

This is according to a new joint survey on student loan debt and housing released by the National Association of REALTORS® and SALT®, a consumer literacy program provided by nonprofit American Student Assistance®. The results also revealed that student debt postponed four in 10 borrowers from moving out of a family member’s household after graduating college.

Nearly three-quarters of non-homeowners polled in the survey believe their student loan debt is delaying them from buying a home. Broken down by each generation and debt amount, the percent share is the highest among older millennials approximately aged 26 to 35 (79 percent) and those with $70,000 to $100,000 in total debt. Regardless of the outright amount of student debt, more than half of non-homeowners in each generation report that it’s postponing their ability to buy.

The survey, which only polled student debt holders current in their repayment, yielded responses from borrowers with varying amounts of debt from mostly a four-year public or private college. Forty-three percent of those polled had between $10,001 and $40,000 in student debt, while 38 percent had $50,000 or more. The most common debt amount was $20,000 to $30,000.

Lawrence Yun, NAR chief economist, says the survey findings bring to light the magnitude student debt is having on the housing market and the budget of even those financially able to make on-time payments. While obtaining a college degree increases the likelihood of stable employment and earning enough to buy a home, many graduating with this debt are putting homeownership on the backburner in part because of the multiple years it takes to pay off their student loans at an interest rate that’s oftentimes nearly double current mortgage rates.

“A majority of non-homeowners in the survey earning over $50,000 a year – which is above the median U.S. qualifying income needed to buy a single-family home– reported that student debt is hurting their ability to save for a down payment,” he says. “Along with rent, a car payment and other large monthly expenses that can squeeze a household’s budget, paying a few hundred dollars every month on a student loan equates to thousands of dollars over several years that could otherwise go towards saving for a home purchase.” Among non-homeowners who believe student debt is delaying their ability to buy, over three-quarters – including over 80 percent of millennials – said their delay is because they can’t save for a down payment. Additionally, 69 percent don’t feel financially secure enough to buy, and 63 percent can’t qualify for a mortgage because of high debt-to-income ratios.

A little over a majority of those polled (52 percent) expect to be delayed by more than five years from purchasing a home because of repaying their student debt. One in five anticipates being held back three to five years as well as over 60 percent of baby boomers. Not surprisingly, those with higher amounts of student loan debt and those with lower incomes expect to be delayed the longest.

“REALTORS® work closely with our clients and consumers every day; we understand the severity of the problem. This is not an abstract issue for us. This is why Realtors® are leading the real estate industry in the discussion of student loan debt and its impact on housing by generating the most encompassing research on this topic,” says NAR Vice President Sherri Meadows, a REALTOR® from Ocala, Fla.

Student debt preventing many young adults from leaving the nest

The survey also found that student debt is affecting overall housing supply by holding back some current homeowners who otherwise would like to sell. Nearly a third of current homeowners (31 percent) said their student debt is postponing them from selling their home and purchasing a new one. Of those, 18 percent believe it is too expensive to move and upgrade to a new home, 7 percent have problems with their credit caused by student loan debt, and 6 percent are underwater because student debt has limited their ability to pay more than the minimum payment on their mortgage.

“It is imperative to the nation’s economy that we find immediate and practical solutions to financially empower the 43 million Americans with student debt,” says SALT® President John Zurick. “SALT® is committed to demystifying the college financing process by giving consumers information, instruction and individualized advice. No one should fail to realize the full potential of their formal education simply because of finances. We invite the higher education community, the U.S. government, the private sector and others to join with us in this movement.” 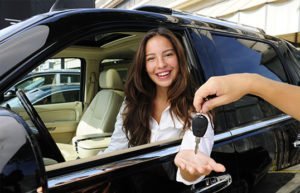 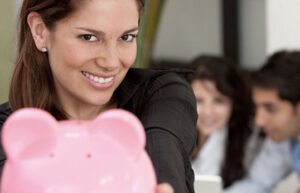